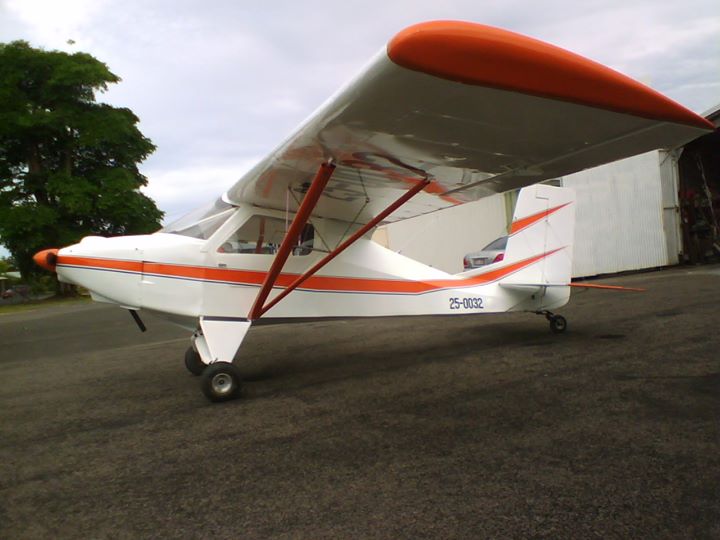 The first certified Australian LightWing has had a colourful history flying the Australian skies, and is still going strong.

It was manufactured in 1986, with completion on the 14th of October.

The first pictures we have of her are these stunning snapshots of life at the Factory on Smith Drive, in West Ballina, NSW.

All the parts assembled and ready to go! (A unique first day of school photo for the kids).

Certified as AUF#25 0032, the Australian LightWing took to the sky, and nothing has got in her way ever since.

We thank the owner for finding the copy of this article in the Pacific Ultralights Monthly magazine, published in March, 1995.

History of the First LightWing. By Dik Richardson.

The Aircraft took the trophy for “Grand Champion Ultralight” at Mangalore in 1987.

In the same year it became the first LightWing to fly across Australia from West to East. Between 11th May and 26th June, 1987, Major Don McNaught and a team of soliders flew it from Perth, WA, to Port Macquarie, NSW, via Port Hedland and Alic Springs – a distance of 7,000 kms. The operation was an army adventure training exercise called “Operation Persistance”. Three ultralights took part, two FlightStars and the 0032.

Early in her life 25:0032 was a float plane for a while whilst being used as a demonstrator by her makers. October 1987 saw her first flight as a float plane when she took off from the Richmond River. She is still alive and well and still looking brand new as can be seen from the photos.

Made by Hughes Engineering

0032 Today: Her owner keeps her in great nick and loves his Australian LightWing aircraft.

Thanks for the photos!