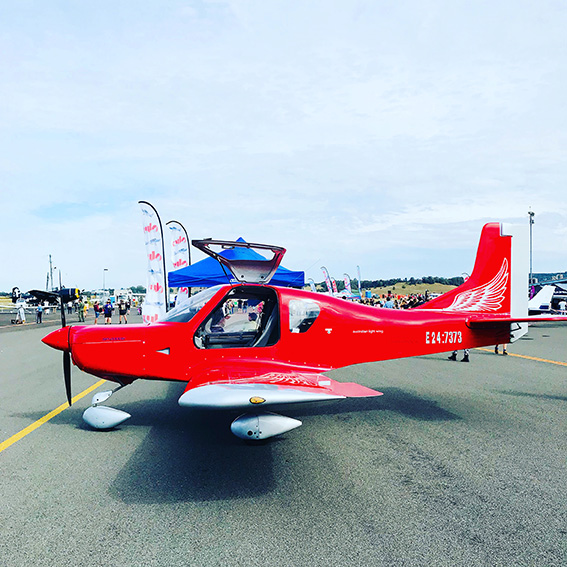 Having grown up attending airshows around Australia my whole life, I was expecting an intense day of tyre-kicking and dry gusty winds yesterday at the 2018 Lismore Aviation Expo. How gleefully surprised I was by what turned out to be a glorious day of perfect weather, epic aerobatics, fantastic aircraft and genuinely interested and lovely aviation people of all ages.

The early morning fog blanketed the airfield with a quiet ease as our Australian LightWing SP2000 took off from Ballina and circled above Lismore. Nick Hughes made a scenic flight to Casino, waiting for skies to clear, before heading back to Ballina to wait for the fog to lift and returning about 9am.

We set up in the middle of the concourse, near the Grumman Avenger, the canopies of food and coffee stalls shading eager sky-watchers and babies in prams. (Big thanks to the event organisers for helping us set up and to the cheery SES vollie who, unasked, came and helped us sort out our shade tent).

The fog delayed the air demonstrations a little, but no one minded. Besides, we had the dulcet tones of MC, Pete ‘Ando’ Anderson, to keep us entertained and informed. His smooth voice was so wonderful compared to previous airshow MCs I’ve known; no blaring radio songs or hyper-enthusiasm, just this dude chatting calmly and pointing out what a world-class air display we were fortunate to behold and the specs of the planes.

So many people came to view our aircraft, peruse our brochures and have their photos taken with the bright red SP2000. Engines were inspected, tyres were kicked, ailerons were gently wrestled from the little fingers of eager kids. (A heads up to the eager onlookers with cameras: eskies don’t get chucked on wings while you grab happy snaps!)

The C-185 and Wolf Pitts Parachute Drop early in the day impressively circled above us, the Paul Bennet Airshows Team showing how it’s done. The fantastic Remote Control aerobatics display, the warbirds, the handling displays, the formation aerobatics and the Bae Hawk that popped up from Williamtown/Newcastle to say hi, all kept necks strained, eyes on the sky and sunscreen on noses all day.

But the highlight of my day was hearing a 12-year-old boy enthusiastically chirp, “Oh, it’s the Australian Lightwing!”.

“G’day, mate,” I said. “You just made my day!” We chatted, him and his mum and I, about our aircraft, about learning to build aircraft in schools, about getting pilot licenses, about driving long distances to airshows. This kid knew an impressive amount about aircraft in general and our aircraft in particular. They’d driven from the Gold Coast to Williamtown, Watts Bridge and back.

So thanks, Lismore Aviation Expo, for a great day out. And a big cheers to all the parents out there feeding their kids’ enthusiasm for flight. 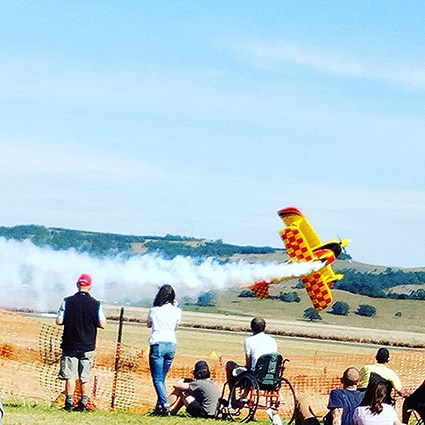 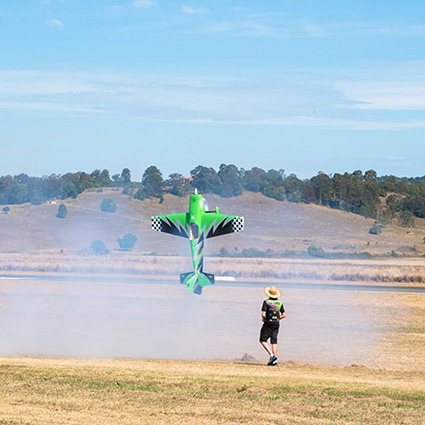 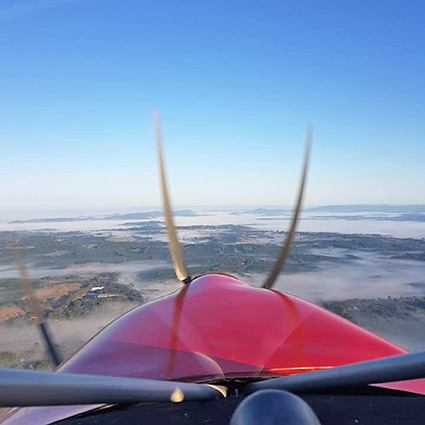